I’ve been so intent on catching folks up on upcoming projects that I neglected to mention an awfully nifty project I was involved in last year. In November, Busted Flush Press released Damn Near Dead 2: Live Noir or Die Trying, edited by the illustrious Bill Crider.

As people who’ve read my work know, I don’t usually hang with the noir crowd, but when Bill invited me to submit a story to this book of “geezer noir,” I couldn’t resist giving it a try. I drew inspiration from my grandfather, who was devoted to Finch’s Restaurant in Raleigh, NC. And by devoted, I mean he ate breakfast there every weekday and many weekends for as far back as I can remember. He knew every waitress, and though the owners changed a couple of times over the years, Granddaddy’s order never did. (Two eggs, over easy, dry toast, and streak-o-lean.) My parents have a similar relationship with Skyland in Charlotte, NC.  I drew on both places to come up with my story “Kids Today.” 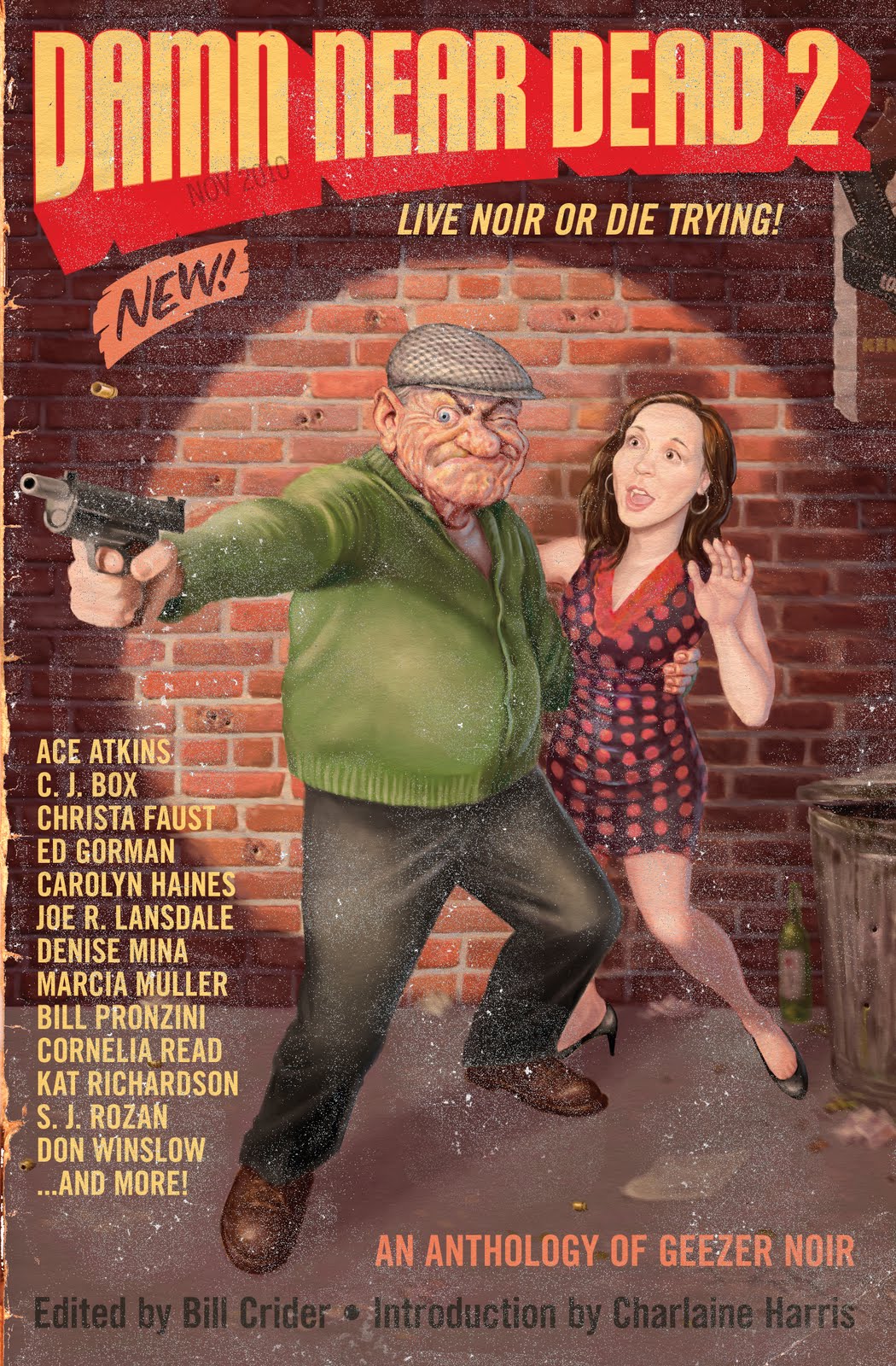 As you can see, artist Jeff Wong created a dynamite cover, and the stories inside are pretty darned good, too.  Just check out the table of contents:

Sadly, this was one of the last projects from the late David Thompson, who founded Busted Flush. But I recently learned that his wife McKenna Jordan will be taking over the reins, and I think that David would be proud to know that.