On Friday, I got my author copies of Cugini Maledetti from Delos Books. It’s my first translated novel, and as you can see from this photo, I am pretty darned happy about it. 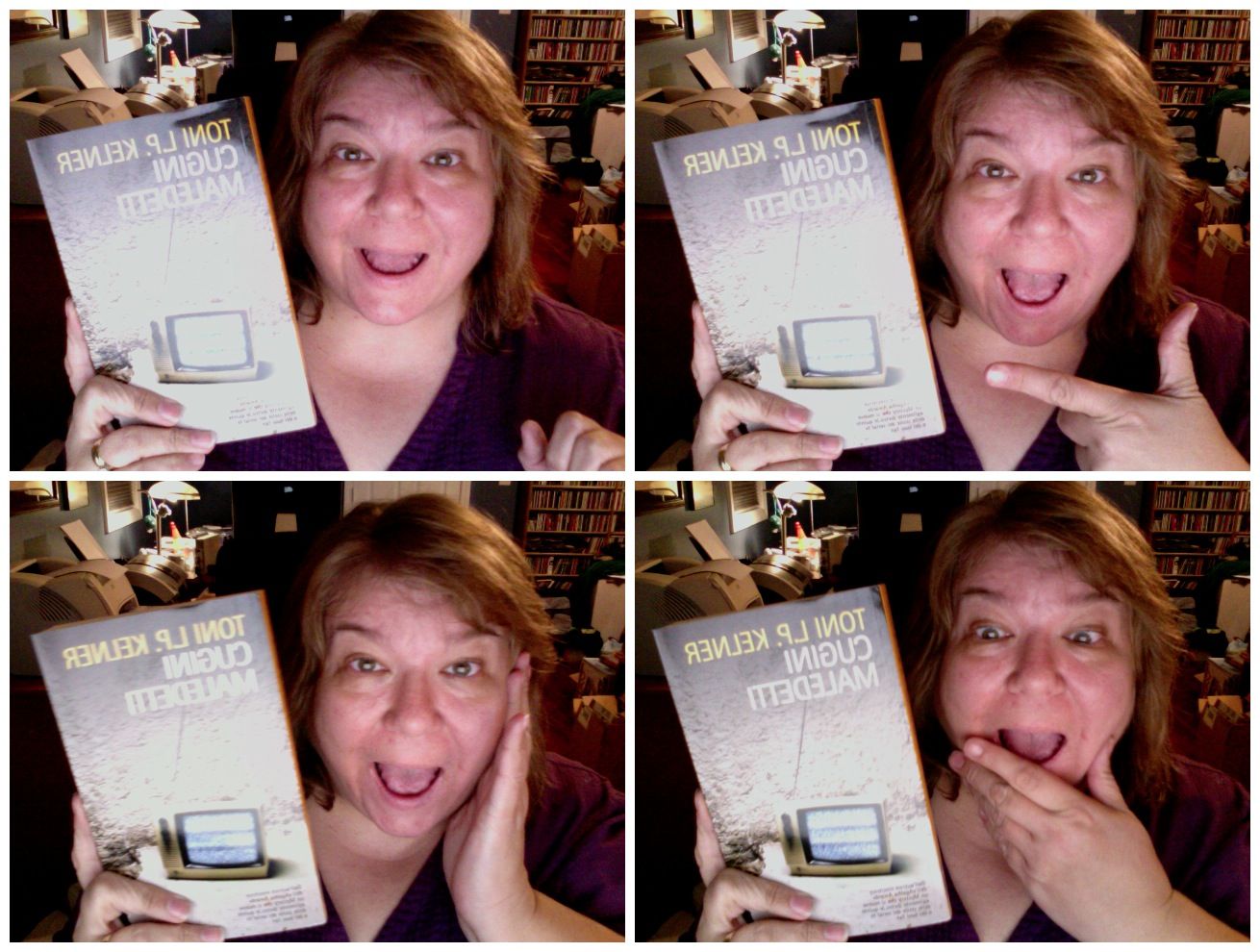 Now Cugini Maledetti (Delos Books Odissea) is the Italian translation of Curse of the Kissing Cousins (Berkley Prime Crime), which was the paperback release of Without Mercy (Five Star). Yes, that’s three titles for three editions. No, four, because Wheeler did a large print edition.

I mention this because I want to make a point about perseverance. Actually, two points.

The first point is this: if you don’t keep trying, no matter how good a book you’ve written, it will never get published if you give up on it. Second, if you do keep trying, you never know what good things will happen. This book, no matter what title you care to use, illustrates both these points.

For the first point, I have to start with a confession. I very nearly gave up on this book. After my editor at Kensington and I came a mutual decision that it was time for me to start a new series, I was ready and raring to go on the “Where are they now?” series. I wrote a proposal, which included the first three chapters, and my agent and I started sending it out. And started collecting rejection slips. Was it the writing? The premise? My track record? All of the above, or none of the above? Who knows? My agent and I did our best, but nobody at the New York houses wanted it.

Then I heard about Five Star. I did some research, and found out that even if they published the book, the distribution would mostly limited to libraries, but I really wanted to write this book. So I submitted to them, and they accepted. Somebody liked it after all! They published Without Mercy.

Still, I hated that Without Mercy wouldn’t be in the bookstores, so I started looking at paperback reprint houses. I found out that Berkley Prime Crime does a few paperback reprints, and I had a relationship with an editor via the anthologies I co-edit with Charlaine. So I approached her. She liked the book, too, but since the house had already published a book with the title Without Mercy, they asked for a title change. They published Curse of the Kissing Cousins.

Now I had submitted to Berkley Prime Crime before, albeit to a different editor, but they hadn’t wanted the book. By getting it out from Five Star, and then approaching a different editor, I convinced them to take a chance. Even better, they gave me a three-book contract, and Who Killed the Pinup Queen?, the second book of the series, comes out in early January of 2010.

Then there’s the second point, about the unexpected benefits of perseverance. The Mystery Writers of America, of which I’m a member, publish anthologies and announced that they were accepting submissions for an anthology of legal mysteries. I wrote a story, then realized it was too long, and I couldn’t trim it enough to fit. So I wrote another story, titled it “Kangaroo Court,” and submitted it. It was rejected. Next I submitted it to Alfred Hitchcock Mystery Magazine, and they bought it. Okay, that’s just another example of not giving up. The unexpected part came next.

That’s when I got an email from an editor at Delos Books in Italy. He’d read “Kangaroo Court,” and saw in my about-the-author note that I’d just published Without Mercy. He wanted to know if I’d be willing to submit it to him to be translated for his Odiessea Mystery line. I was willing, and he liked it. They published Cugini Maledetti.

Had I not tried a second story after the first one was too long, had I not submitted to another market after the first one turned me down, I’d never have published “Kangaroo Court,” and probably would not have my first translation in my hot little hand.

That’s why one of the best pieces of advice I can offer any aspiring writer isn’t about writing at all. Instead it’s from the movie Galaxy Quest:

Never give up. Never surrender.

2 thoughts on “Never give up. Never surrender.”