This weekend, my family and I–and my daughter’s friend Amanda–spent the day at King Richard’s Faire, a long established renaissance faire in nearby Carver, MA. It was a gorgeous New England fall day, and we saw amazing sights, including: 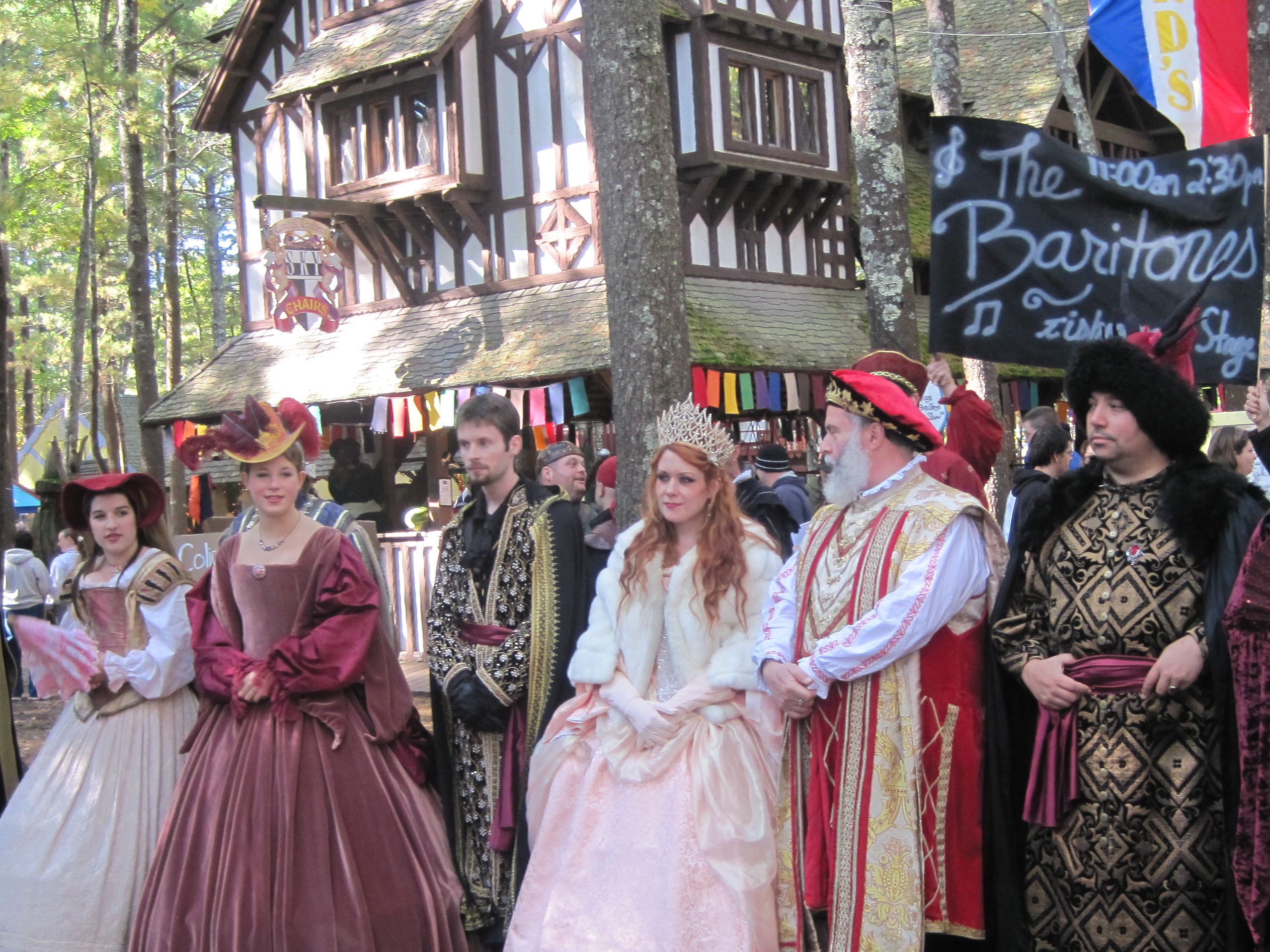 King Richard Himself, With Members of His Court 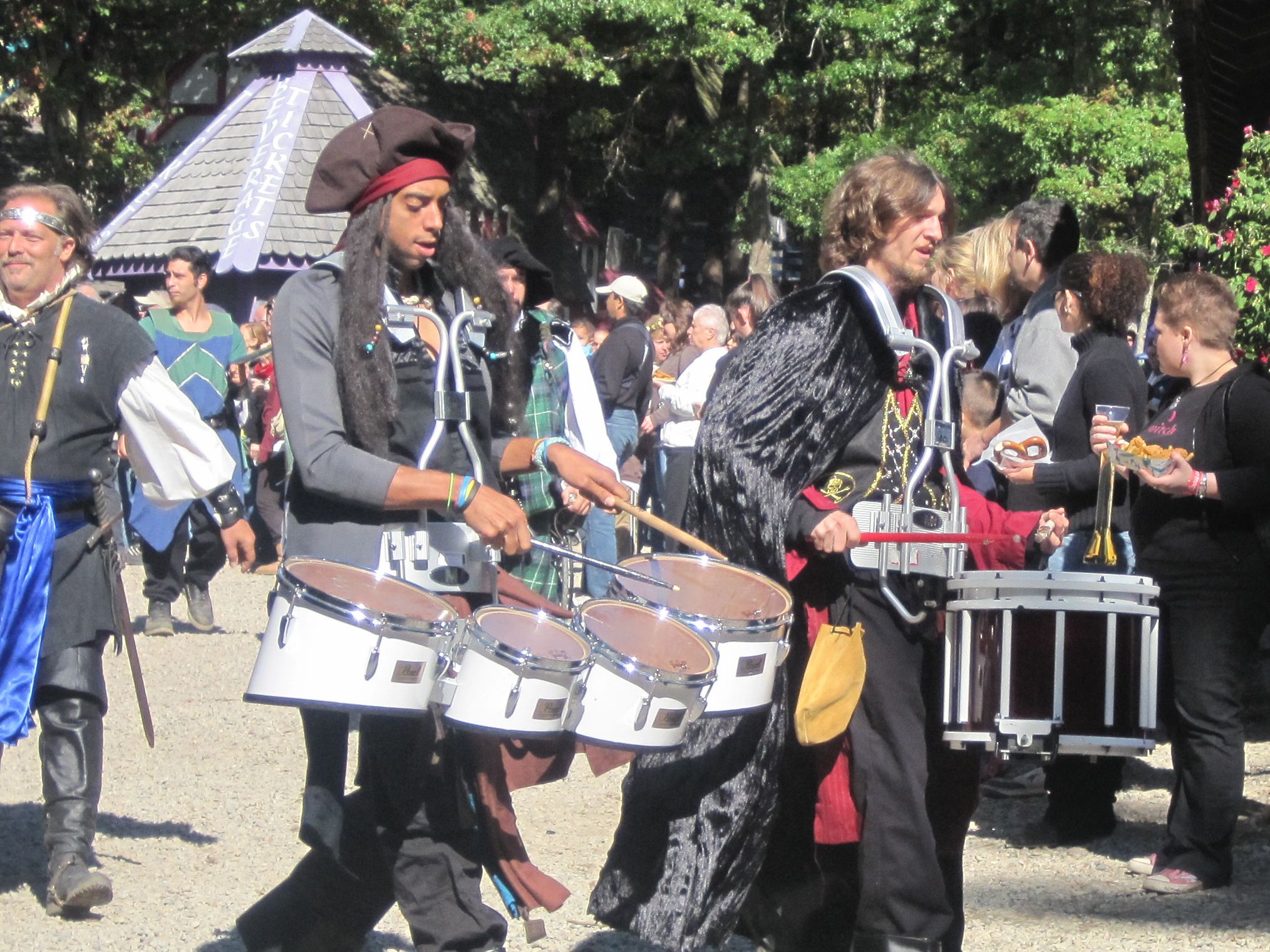 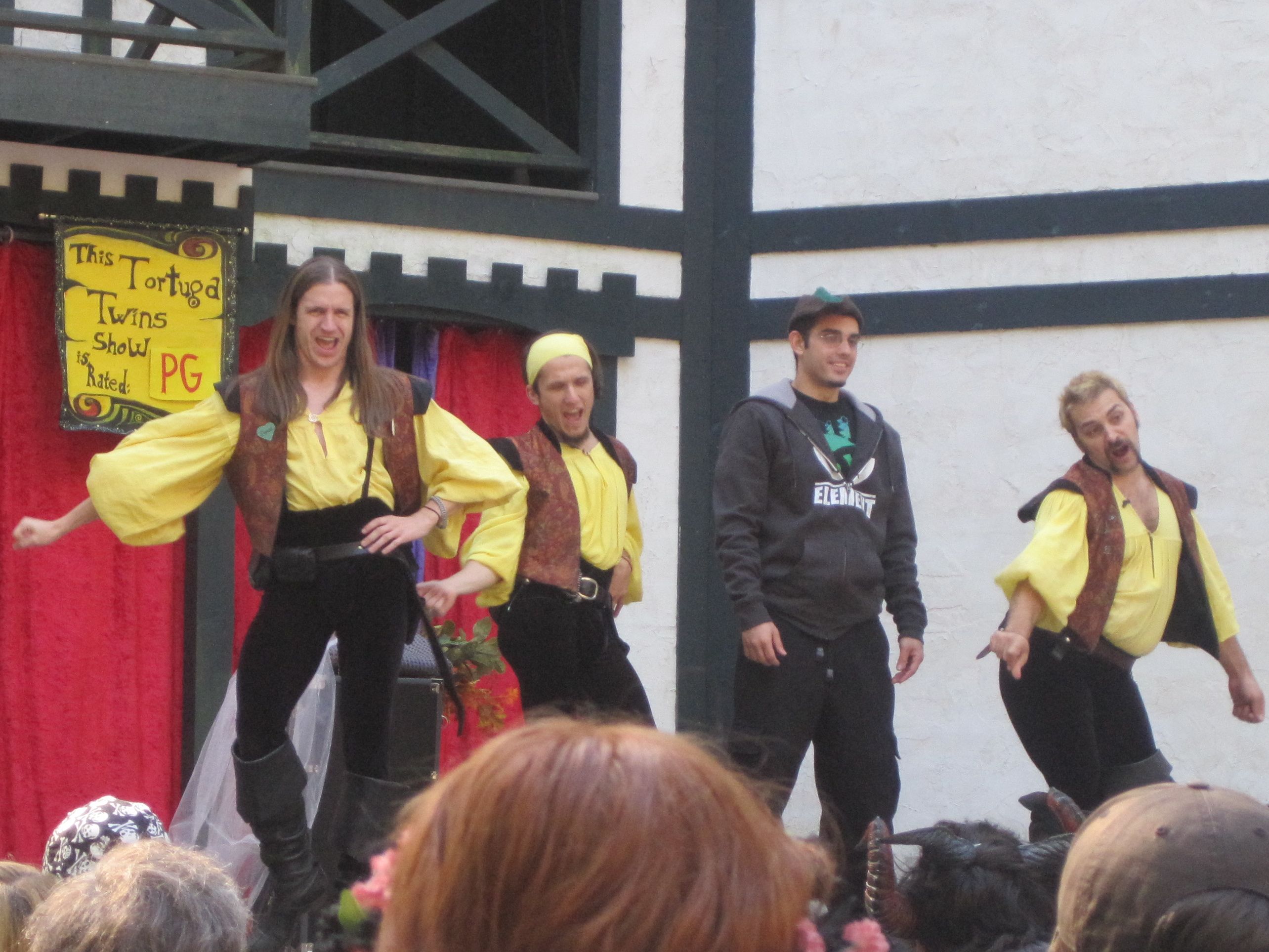 The Tortuga Twins Storytelling Troupe (with an audience volunteer) 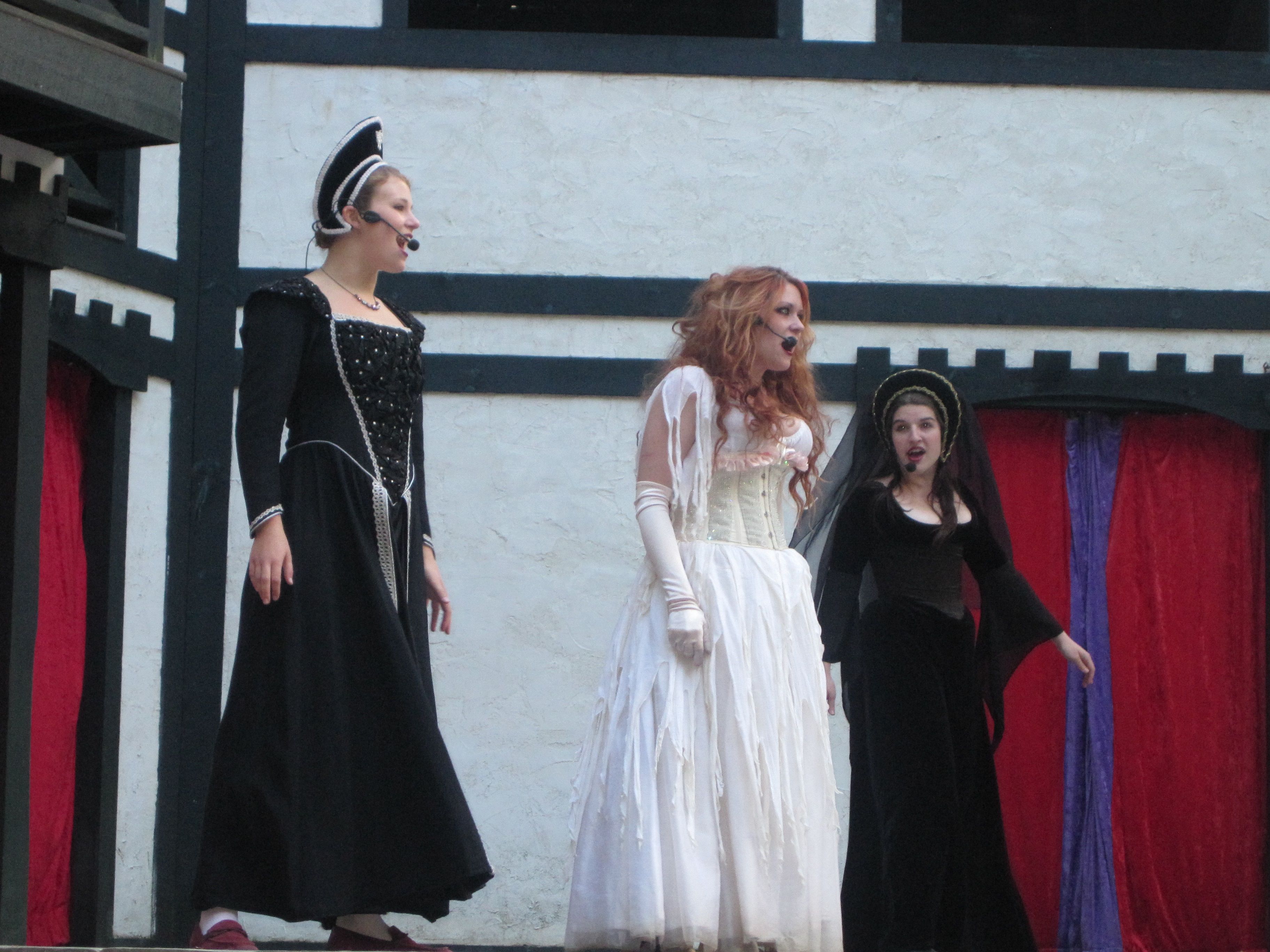 The Renaissance Vampire Musical “Bite Me”

You may be picking up on the fact that King Richard’s Faire is not strictly historically accurate. I understand that this is true of many renfaires. I like Neil Gaiman’s description from the comic book Sandman. Hob, an actual survivor of the renaissance, visits a modern faire and says, “It’s just someone’s idea of the English middle ages crossed with bloody Disneyland.”

I can’t argue with that. It’s not history. But we weren’t there for history–we were there for fun, and we had plenty of that. Besides, I suspect some history snuck in when I’m not looking anyway. I did get to see a knight actually walking and riding in armor, heard the sound of swords hitting, realized the amount of space it takes for a woman in that kind of gown, maybe learned a little bit of authentic vocabulary mixed in with the Monty Python accents. I didn’t mind a little bonus of learning as long as it was entertaining.

There’s a lesson there for writers of fiction. No, I’m not suggesting that we fill our work with historical inaccuracies, or even modern inaccuracies. Nor should we throw in vampires and pirates just because they’re popular–though I admit to doing stories with both. My point is that if you entertain the reader, you can sneak in a lot of facts without anybody minding. There’s a fair amount of TV trivia tucked into my own Curse of the Kissing Cousins, though it’s by no means a history of television. Okay, it’s not a grand epiphany, but didn’t I already tell you that I don’t go to renfaires to learn anything?

So to King Richard’s Faire, I offer a resounding Huzzah!