Last week, I got word that my story “Skull and Cross-Examinations” had been nominated for a Agatha Award for Best Short Story! And  you can bet that I’ve been one happy pirate ever since. I’d have posted about it sooner, but I’ve been busy dancing the hornpipe and perhaps the rum flowed a bit too freely.

For you landlubbers out there, Agatha Awards are given by the attendees of Malice Domestic, which is THE convention for fans and writers of traditional mysteries. I’m not sure what tradition a pirate courtroom drama falls into, but I’m not about to argue with an honor like this. I’m as happy as a buccaneer who’s spotted a slow-moving brig full of gold and rum, with the wind in his favor.

Being a greedy sort, I’m also claiming partial credit for one of the other nominated stories: my shipmate Dana Cameron’s story “The Night Things Changed.” And I’m not just stealing the treasure of a nomination! As it turns out, Dana’s story was published in Wolfsbane and Mistletoe, the werewolf Christmas anthology co-captained by Charming Charlaine Harris and myself.

Moreover, I’m acquainted with all the authors and editors involved in these stories, and I can say you won’t find a more blood-thirsty bunch of pirates anywhere. Of course, I mean that in a good way.

Like all pirates, I like to share my good fortune with my crew. Okay, maybe not like ALL pirates, but some pirates do share. Occasionally. If they’ve had enough rum. Apparently I have, because I have a treat for everybody. Not only has my story been posted for Agatha readers to take a look, but all five nominees are now online, and I’ve got the links all mapped out…

Now the reason sending these stories on this internet voyages is so that any swabbies meaning to attend Malice Domestic can read them and know just which story to cat their vote for. Of course, if any other scalawags were to read ’em without even intending to go to Malice, well, there’d be nothing we could do to stop ’em.

So here’s some literary booty for the taking. Just be warned. If you don’t go read these stories, well, these guys here might come looking for ye to find out why… 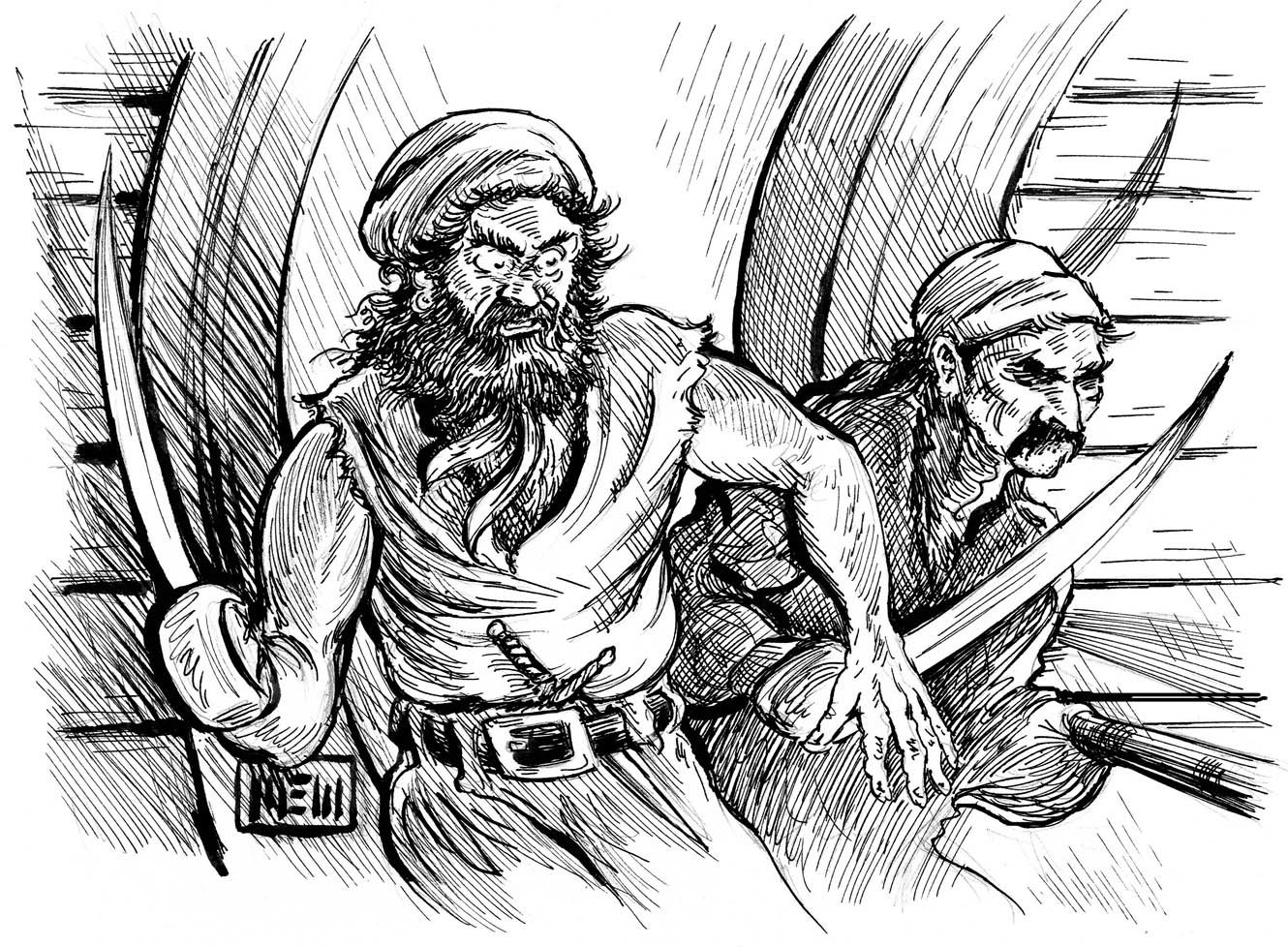